Rev. Dr. Daryl G. Bloodsaw is the newly elected pastor of the Ebenezer Baptist Church, West of Athens, GA. He previously served as senior pastor of First Baptist Church of Crown Heights in Brooklyn, NY. Dr. Bloodsaw was born and raised in Monroe, GA and was licensed to preach and ordained under the guidance of his pastor, Rev. Dr. Calvin O. Butts, III at the historic Abyssinian Baptist Church (Harlem, NY). 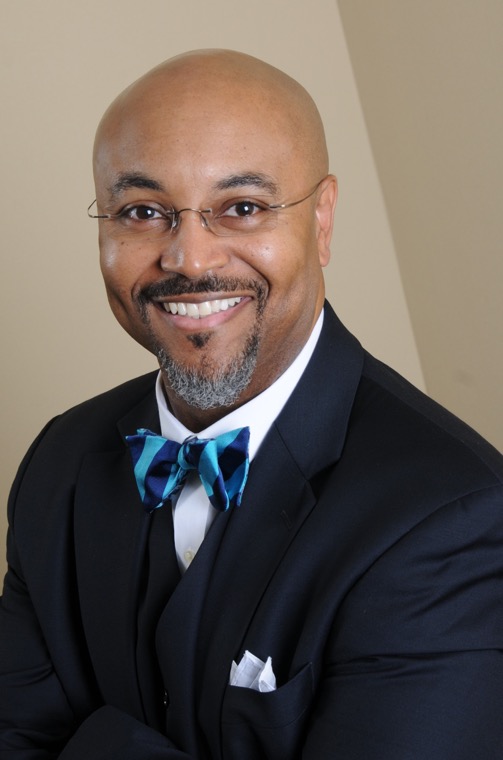 At First Baptist his leadership had an impact throughout the church and the community where several initiatives helped shape the church for ministry in 21st Century. Dr. Bloodsaw’s background includes the religious, corporate, civic, and academic arenas. Deeply committed to strengthening and empowering the black church and the black family, his socially-conscious, hope-filled, and spirit-led teaching and preaching seeks to inspire “the least of these” to live up to and to live out God’s promise of a future with hope.

A results-driven leader, Dr. Bloodsaw established a solid 20-year record of management and administration in corporate America. In the civic arena, he served on executive boards and was a member of numerous community-based organizations. He partnered with elected officials on the national, state, and local levels as well as forged relationships with community organizations, developers, and local stakeholders helping to secure services and affordable housing for the community around the church. His trademark demeanor “calm in the eye of the storm” led to the decision to choose him to lead and serve on The New York Times’ inaugural Corporate Diversity Committee helping to shape and prepare the company for future growth and relevance in the digital marketplace.

Dr. Bloodsaw is currently pursuing a PhD at Drew University in the Psychology of Religion where his research interests are trauma, relational psychoanalytic theory, and post-colonial identity all as related to the concept of blackness within a white construct. His received a Doctor of Ministry degree in prophetic preaching and transformational leadership from Colgate Rochester Crozer Divinity School in Rochester, NY where his dissertation was titled: Building Transformative Ministry for Black Men Returning Home from Incarceration. He received a Master of Divinity degree from New York Theological Seminar, and graduated from the University of Georgia with a degree in Political Science. He serves on the Board of Trustees at New York Theological Seminary, and where he has been an Adjunct Faculty member teaching Introduction to Old Testament and Introduction to New Testament in the Master of Professional Studies program at Sing Sing Correctional Facility in Ossining, NY. He is a frequent lecturer and has served as a conference facilitator on gentrification, mass incarceration, political ideology, and other issues as they relate and affect to the black community.

Rev. Bloodsaw is a faithful and fearless servant of God who counts among the greatest blessings of his life his wife, Brenda, and their children: Tabitha, Nia, Imani, and Daryl II.

He finds hope and great expectation for the church and for God’s people in one of his favorite scriptures found in three simple words: “Love never fails.” (1 Corinthians 13:8a)